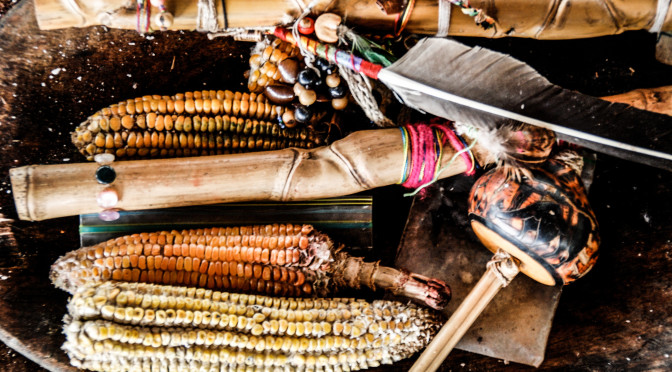 In early January I traveled to Colombia to participate in the Call of the Mountain 2012, a unique gathering held in Atlantida Ecovillage, Cajibío municipality, Colombia (7-13 of January 2012). An amazing gathering of environmental activists, ecovillagers, permaculturists and visionaries from around the world, the Call of the Mountain was simultaneously the First Iberoamerican (Spanish and Portuguese speaking) Ecovillage Gathering, First Colombian Vision Council, and the VI Colombian Gathering of Ecovillages and Alternative Communities.

The Call of the Mountain 2012 belongs to the tradition of gathering known as «Vision Council, Guardians of the Earth» that have been held for almost two decades in Mexico and in different parts of Latin America (www.consejodevisiones.org). These types of gatherings are greatly inspired by the tribal councils that were held in ancient times by various cultures worldwide. It was also inspired by the Rainbow Gatherings that started in the 60s in North America and have since been held all over the world. In its present form this «Vision Council» brings together people from different environmental groups, indigenous peoples, traditional medicine practitioners and artists who participate together in the creation of a temporary self-sustaining village. The Rainbow Peace Caravan, an ecological and artistic traveling ecovillage brought this idea of meeting environmental and indigenous ancestral knowledge in his journey through Central and South America, organizing similar events like the Call of the Condor in Peru in 2003 and the Call of the Hummingbird, Brazil in 2005. Most recently in Mexico the Call of The Eagle was held in November 2010’s and more recently the Call of the Deer in 2011. The Call of the Mountain 2012 called from the formation of a Latin American Network of Ecovillages, organized mainly by RENACE the Colombian Network of Ecovillages and the Atlantida Ecovillage whose representatives attended the Call of the Eagle in Mexico, November 2010. From thereon RENACE got the support of the Iberian (Spain and Portugal) Mexican and Chilean to hold a meeting of Latin American Ecovillages in 2012 which was joined by representatives from ENA (Ecovillage Network of the Americas) and GEN (Global Ecovillage Network) Some of the most interesting and relevant personalities present at the Llamado de la Montaña included Alberto Ruz of the Rainbow Peace Caravan, Pedro Medina, Colombian businessman and cofounder of Yo Creo en Colombia (I beleive in Colombia). Holger Hieronimi, permaculture teacher and founder of Tierramor in Mexico.  Emilio Fiel or  “Miyo”, founder of an Ecovillage in Spain in the 60s. Also Diana Leafe, member of the board of the Ecovillage Network of the Americas and GEN ambassador to Europe and Barbara Stützel from Forum Zegg in Germany. Also participating was Ulises from Gaia Education Spain and representatives of various ecovillage and permaculture projects, schools and institutions throughout Latin America. 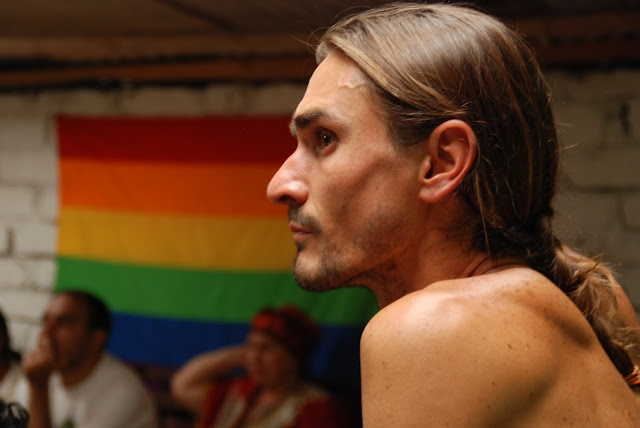 There where several interesting and original traveling ecovillage project presents at the Llamado de la Montaña. These are traveling projects that document, teach and practice sustainable solutions. Some of these projects included the Comun Tierra Project of Leticia Rigatti and Ryan Luckey who are traveling from U.S. all through Central and South America visiting and documenting different projects Ecovillage and Permaculture. Also present where Alejadro Etbul and Eli Dominguez fromViajeroSustentable.com and  CaminoSostenible.org and Renata Freitas and Carleton Vaux from the Earth Code both traveling environmental education research projects and. Very inspiring! 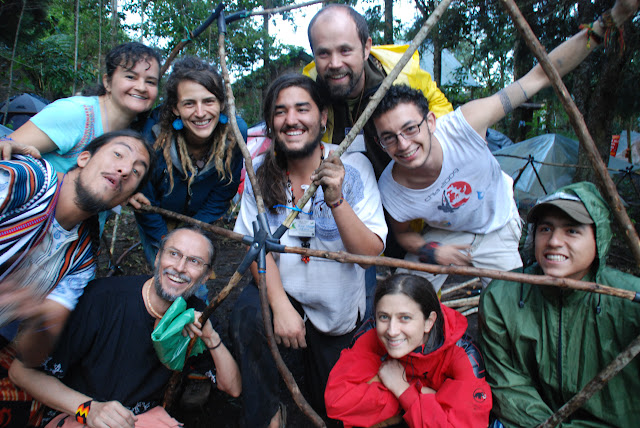 The Call of the Mountain was certainly a major event in many different ways. For me, The Call of the Mountain represented a living proof that the Ecovillage movement in Latin America is flourishing and expanding with great force. Many young people taking the tools and ideas from the Ecovillage moment and creating new communities, using art as a medium of spreading the message, creating new educational programs, allying with government and educational institutions, supporting indigenous and environmental movements and struggles, and so on.